Okakura Tenshin and the Rokkakudo

Okakura Tenshin and the Rokkakudo

Less than a kilometer’s walk from Akakura Hot Spring is a small, secluded garden with an unusual six-sided building at its heart. This is the Rokkakudo (literally “hexagonal hall”), built in 1959 in memory of art historian and philosopher Okakura Tenshin (1862–1913). Westerners who have admired a Japanese woodblock print or appreciated the aesthetics of a Japanese tea ceremony may owe that experience, in part, to Okakura and his writings.

Born in Yokohama to parents in the silk trade, Okakura learned English at a local mission school, and later studied the Chinese classics at Choenji Temple. In 1875, he entered Tokyo Kaisei School (one of two colleges that merged to form the University of Tokyo). For his bachelor’s thesis, he originally wrote a dissertation called “Theory of State,” but his text was destroyed, burned during a quarrel with his wife. Okakura’s second effort, completed in just two weeks, was called “Theory of Art.” It would set the course for his future work. 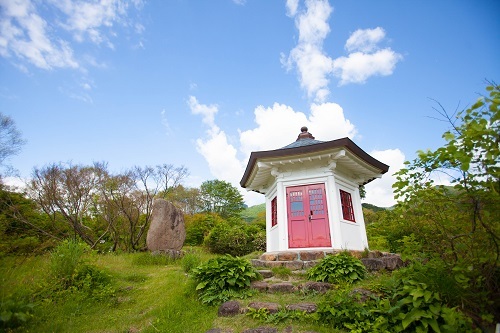 Throughout his career, Okakura worked to preserve and promote traditional Japanese art in the face of Japan’s rapid modernization and the pressures of Western influence. He joined the Ministry of Education and furthered art education by founding numerous art institutes. In 1904, he was named a curator for the Boston Museum of Fine Arts. Okakura published several books in English, including The Book of Tea (1906), which helped introduce Japanese tea ceremony and its aesthetics to the Western world.

In later life, Okakura would often retreat to his mountain villa at Akakura Hot Spring, where he died in 1913. The Rokkakudo and its surrounding monuments were built in commemoration of his life’s achievements. A gold-enameled bust of Okakura is enshrined within the hall.

Note: the Rokkakudo park is closed during winter due to heavy snow. 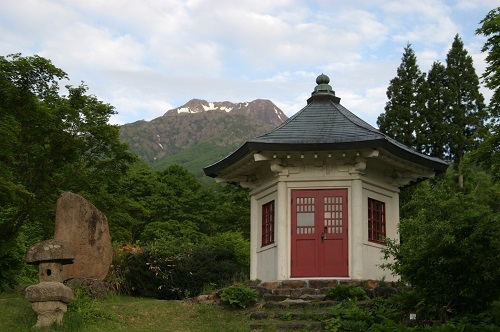 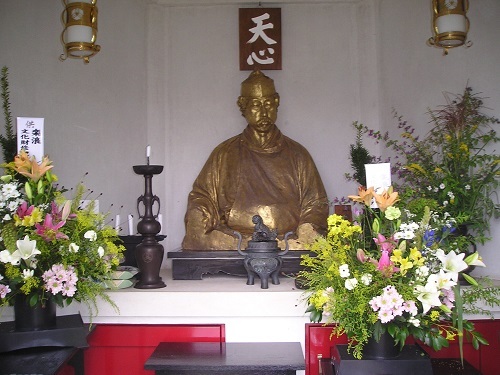