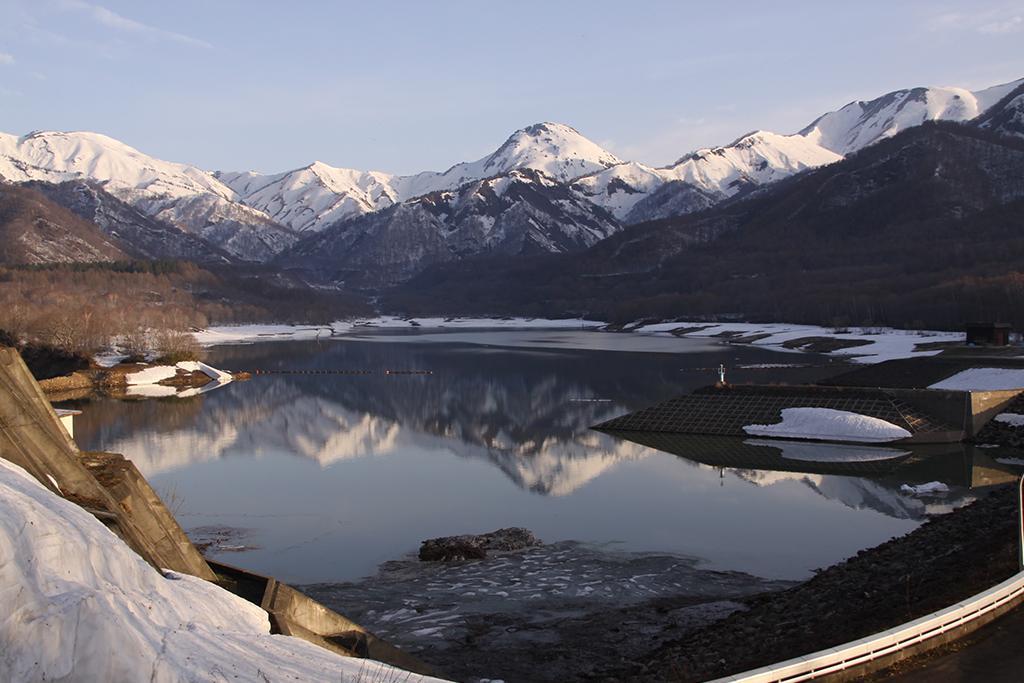 Sasagamine Dam is a rock-filled earthen dam between Lake Otomi and the Seki River. It is 48.6 meters high and 318 meters long.
Lake Otomi was formed over thirty-thousand years ago, when the crest of Mt. Kurohime (2,053 m) collapsed and caused an enormous landslide that obstructed the Seki River. Since being dammed, the lake’s volume has increased to 900,000 tons of water, which feeds several hydroelectric power stations and irrigates 7,200 hectares of fields 50 kilometers downstream.
Twelve hydropower stations were built along the river between 1906 and 1939 to take advantage of the steep drops in elevation. The power produced by these generators was intended to encourage local development by lowering the cost of electricity. In 1929, two electric power companies dammed the confluence of two Seki River tributaries to build a reservoir and hydropower station. In 1951, it was renamed Sasagamine Dam. The present dam was constructed in the same location between 1970 and 1979. Looking from north to south (right to left), the peaks opposite the dam are Mt. Myōkō, Mt. Hiuchi, Mt. Yake, Mt. Kana, Mt. Tenguhara, and Mt. Jizō. At the other end of the dam, a staircase leads up to the Yumemidaira Hiking Trail. Beside the staircase is a tunnel that was used during the dam’s construction and leads to a maintenance building at the side of the dam.

The Yumemidaira Hiking Trail winds through an area south of the Sasagamine Dam that is heavily wooded with Japanese beech and Japanese white birch, and it also passes through the site of a former lumber mill that was in use until the early 1950s. Walking in the forest, it can be hard to imagine that the entire area was a lakebed some twenty-five thousand years ago. Mt. Yake (2,400 m), from which smoke still rises occasionally, can be seen from the top of the stairs leading up from the dam.
(Note: toilet facilities are only available at the beginning of the Rabbit Course and along the Fox Course.)

A short way into the course is a pond where frogs and Japanese black salamanders lay their eggs every June, as hinted by the stone frog statue nearby. The path then straightens and runs along an old rail line, where horse-drawn carts once transported lumber to what is now Kurohime Station, 20 kilometers away. In spring, two symbols of the season, mizu-bashō (literally, “water-banana”; Lysichiton camtschatcensis) and Asian fawn lilies (katakuri), come into bloom along the course.
Farther along is a shrine to Inari Ōkami that was discovered in 1991 and is thought to date to the Edo period (1603–1867). The shrine was originally located halfway up Mt. Shindō, but after its discovery it was relocated to a spot lower down the mountain to watch over hikers.

The beginning of this course is dominated by two groves of Japanese larch trees (karamatsu), which are prized as lumber for the sturdiness of their wood. Near the rest facilities, a dead-end path leads to a 300-year-old katsura tree (Cercidiphyllum japonicum).
(Note: taking this path will add another hour to the hike.)
Beyond the rest facilities is the site of a former lumber mill, which operated for around 20 years beginning in 1932. The mill’s residential area included an elementary school and extended to the shrine beside the old charcoal kiln. 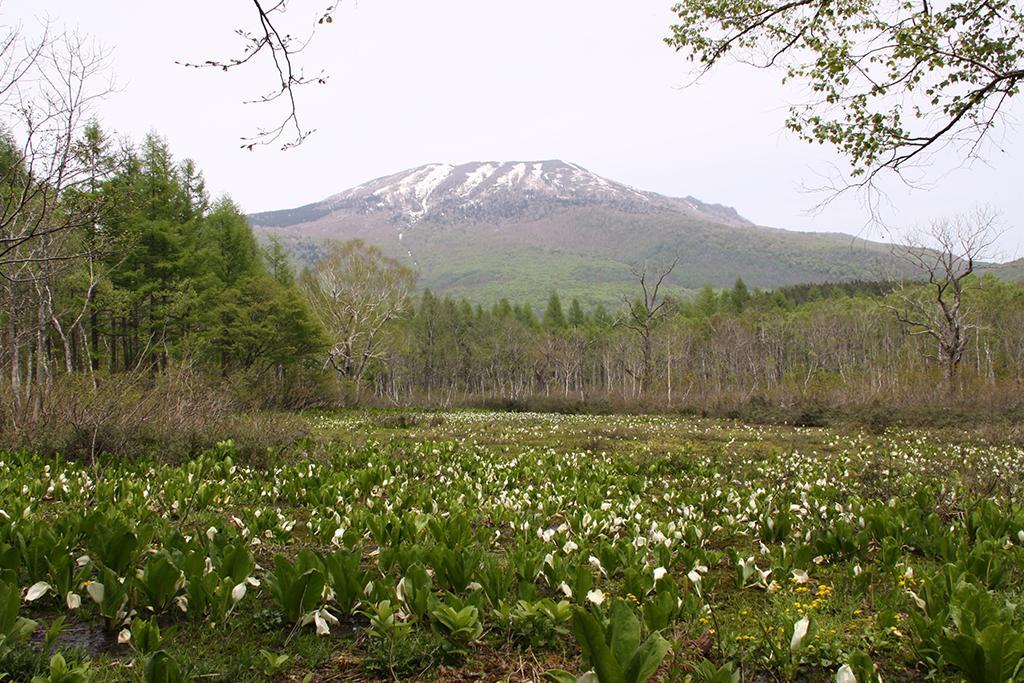 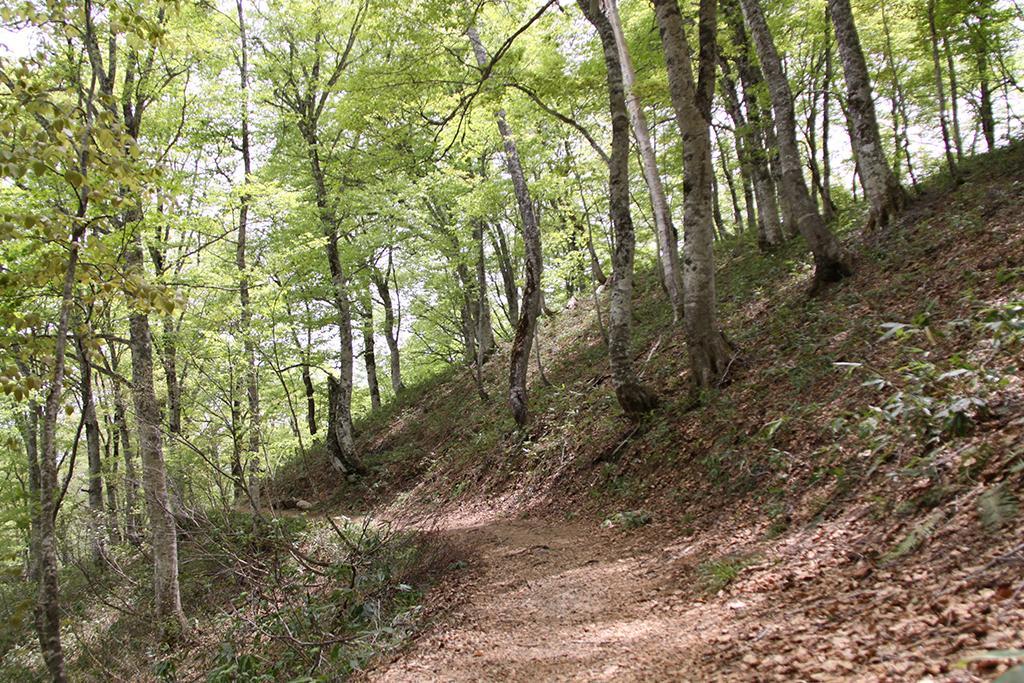