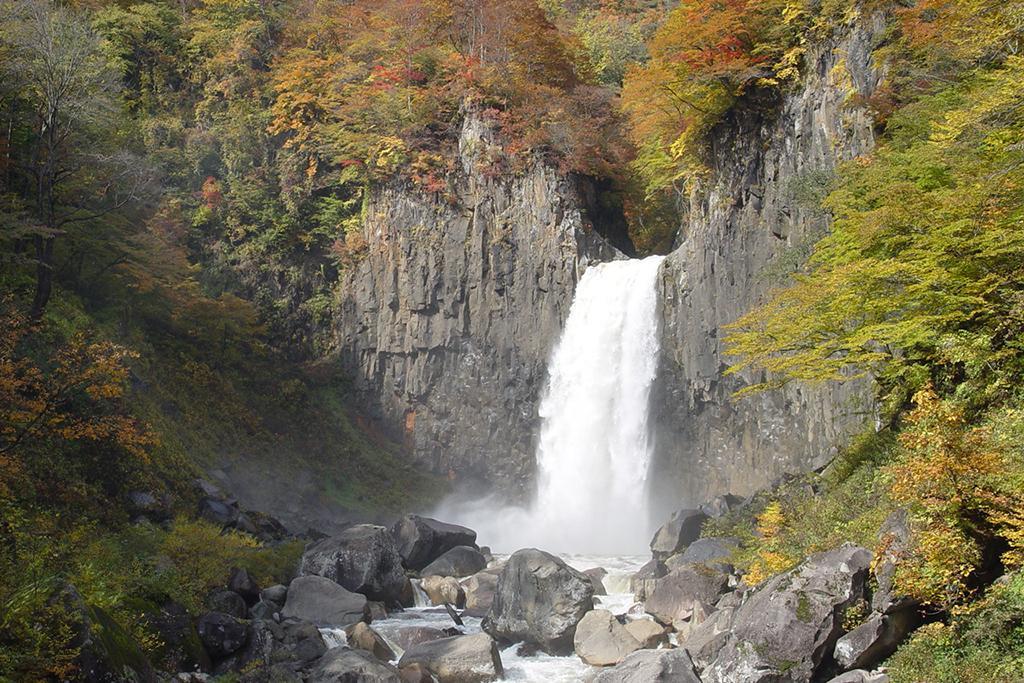 Around thirty thousand years ago, Mt. Kurohime erupted, releasing a flow of andesite lava that dammed the Seki River and created a small lake on what is now the border between Niigata and Nagano prefectures. As the newly formed lake filled, its waters crested the western edge of the natural dam, and Naena Falls was born. The falls were originally named nawi, an old Japanese word for “earthquake,” in reference to the roar of the water as it crashes against the rocks at the bottom of the falls’ 55-meter drop. Over time, the pronunciation drifted to “nae,” and the word for “name” (na) was added, effectively becoming “the falls called nae.”
Some two hundred years ago, when forestry was a major industry in the area, logs were transported by floating them downstream. A large boulder once sat at the crest of the waterfall and split the flow of cascading water into two streams. After years of being buffeted by logs, in 1814 the boulder finally broke into the form seen today.
During the Edo period (1603–1867), these falls were often mentioned in the writings of poets and travelers who visited them. The most famous of these visitors was the haiku poet Kobayashi Issa (1763–1828), who was born and raised in nearby Kashiwabara, in what is now Shinano. He visited Naena Falls in April 1813 and composed the following poem, which is inscribed on a monument near the suspension bridge before the falls. 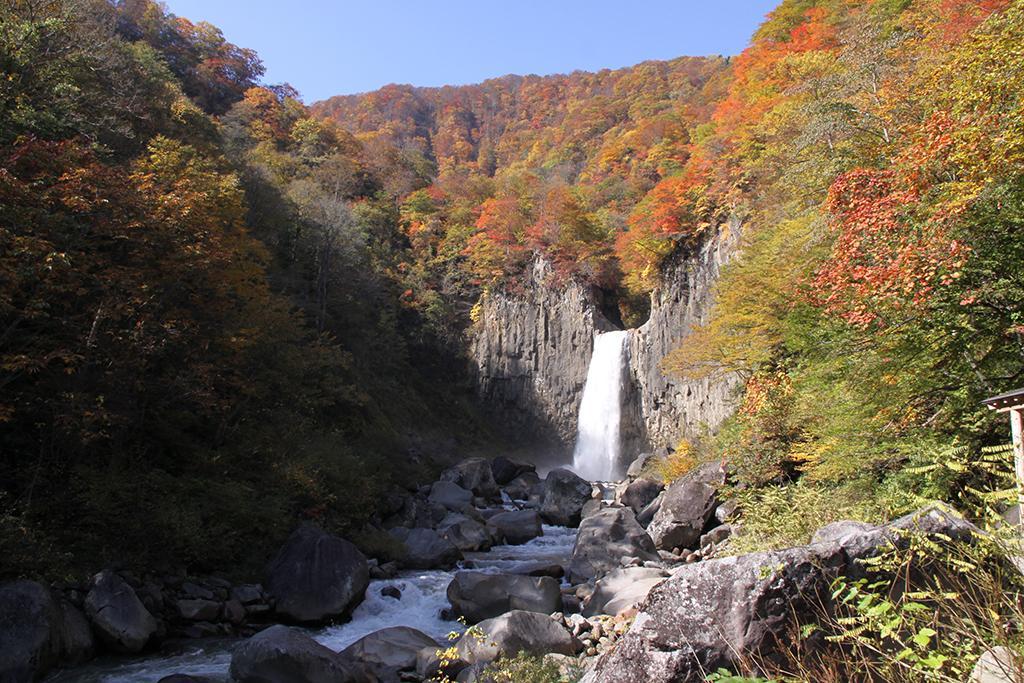 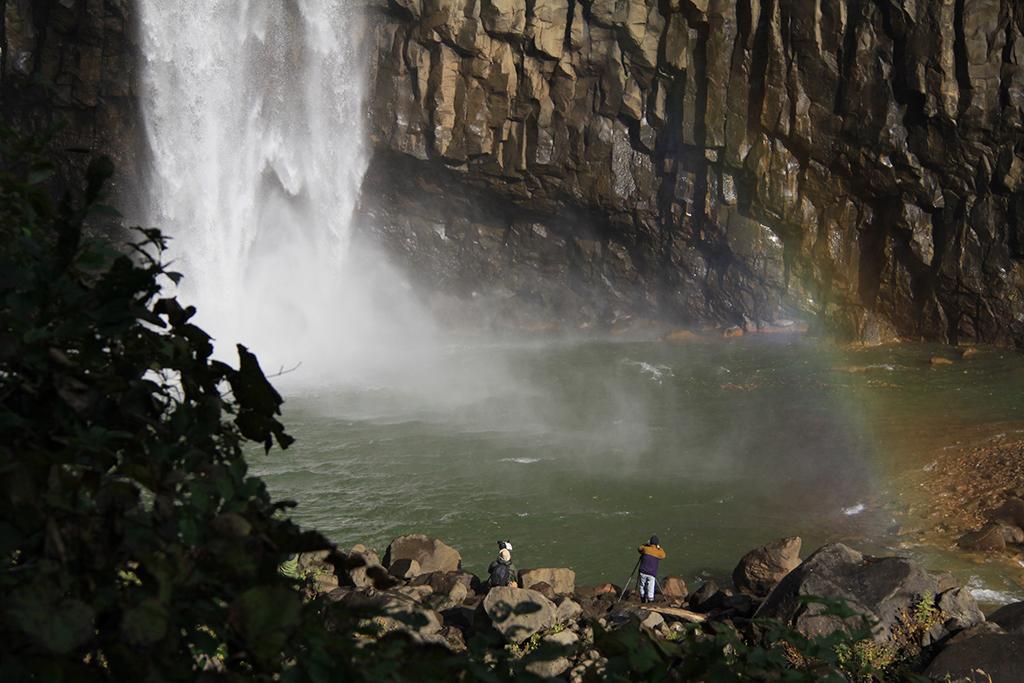